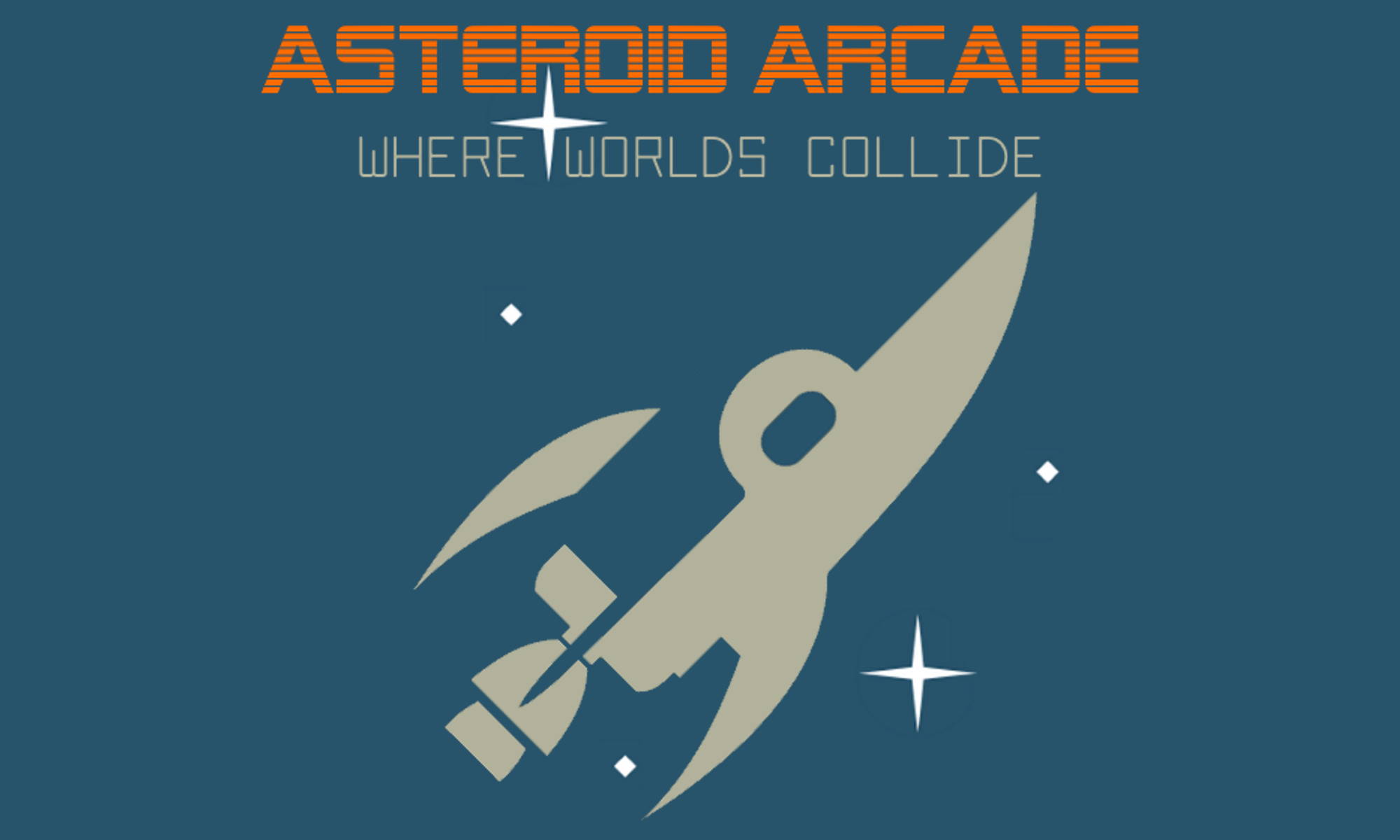 ASTEROID ARCADE is an open source cross-platform “retro vector” game written in C++ utilising the Qt Framework. It is licensed under GPLv3.

Download the latest “release” of ASTEROID ARCADE from Github for a pre-built application for both Linux and Windows.

The game does not store state between application launches.

I switched my primary computing platform to Linux over recent months.

This project provided the opportunity to port one of my C++ applications. I used a bash utility of my own, to create the AppImage package.

More About the Game

Clearly, ASTEROID ARCADE takes inspiration from the 1979 classic, Atari Asteroids, although there are some significant differences (it would not be true to say that it is a clone). In Atari Asteroids, for example, asteroids do not collide but simply overlap when they encounter each other. In ASTEROID ARCADE, however, things are a little more energetic as the game implements a conservation of momentum rule and, as a result, things have a tendency to collide and explode.

The game was primarily written for fun and has served me as a way to learn new programming frameworks. I originally wrote an early version of it around 2003 using Borland C++ Builder. I had made the decision to implement the game logic in pure C++ and this made it easy to port it to different GUI development frameworks at various times since. An early variant, for example, employed wxWidgets.

This version, called “ASTEROID ARCADE”, links against the Qt Framwork. And here it is. I hope you enjoy it!

The source code for this game can be conceptualised as two distinct areas:

The game core is located under the subdirectory “game” and employs the namespace “Game”. This code is not coupled in any way to Qt, but is restricted to C++11 only. It was design decision to place all internal game complexity away from the application code under a further “internal” namespace and subdirectory.

A game is “played” by the Game::Player class. This class presents a relatively simple interface which is to be polled by the application in order to drive the game state and to receive user key press input.

Now, because the game code is framework and GDI independent, it does not know how to render graphics or play sounds. Instead, it declares the method signatures it needs as a pure virtual class called Game::CanvasInterface and leaves it to the application level code to implement this. The application is, therefore, expected to furnish the Game::Player class with a concrete instance of what it needs to render the game display and play sounds on construction.

Given a simple drawing and sound implementation, and a regular polling call from a timer, the Game::Player instance takes care of itself and the application need do little else.

The Game::Player class presents and rotates intro pages and holds an instance of Game::Internal::Universe. It is this class which maintains the game state as a collection of entities and handles their interactions.

All “entities” within the game are derived from a base class called Game::Internal::GameEntity. It has a couple methods of note:

The crunch() method is where each object determines whether it is in collision with another and, signicantly, it is where the conservation of momentum calculation takes place (*). The new velocity is stored until advance() is called which increments the object’s position in the game space and determines whether it survives to the next iteration. All game entities have position and velocity. Most entities have mass also, with those of zero mass considered to be ghost particles which do not interact. Further subclasses provide for angular momentum and the ability to “explode”.

(*) Side-note. You may notice that UFOs in the game seem to avoid asteroids and have a limited tendency to flock. It is an override of the GameEntity::crunch() method, namely Ufo::crunch(), which allows the UFO the ability to “see” what is around it.