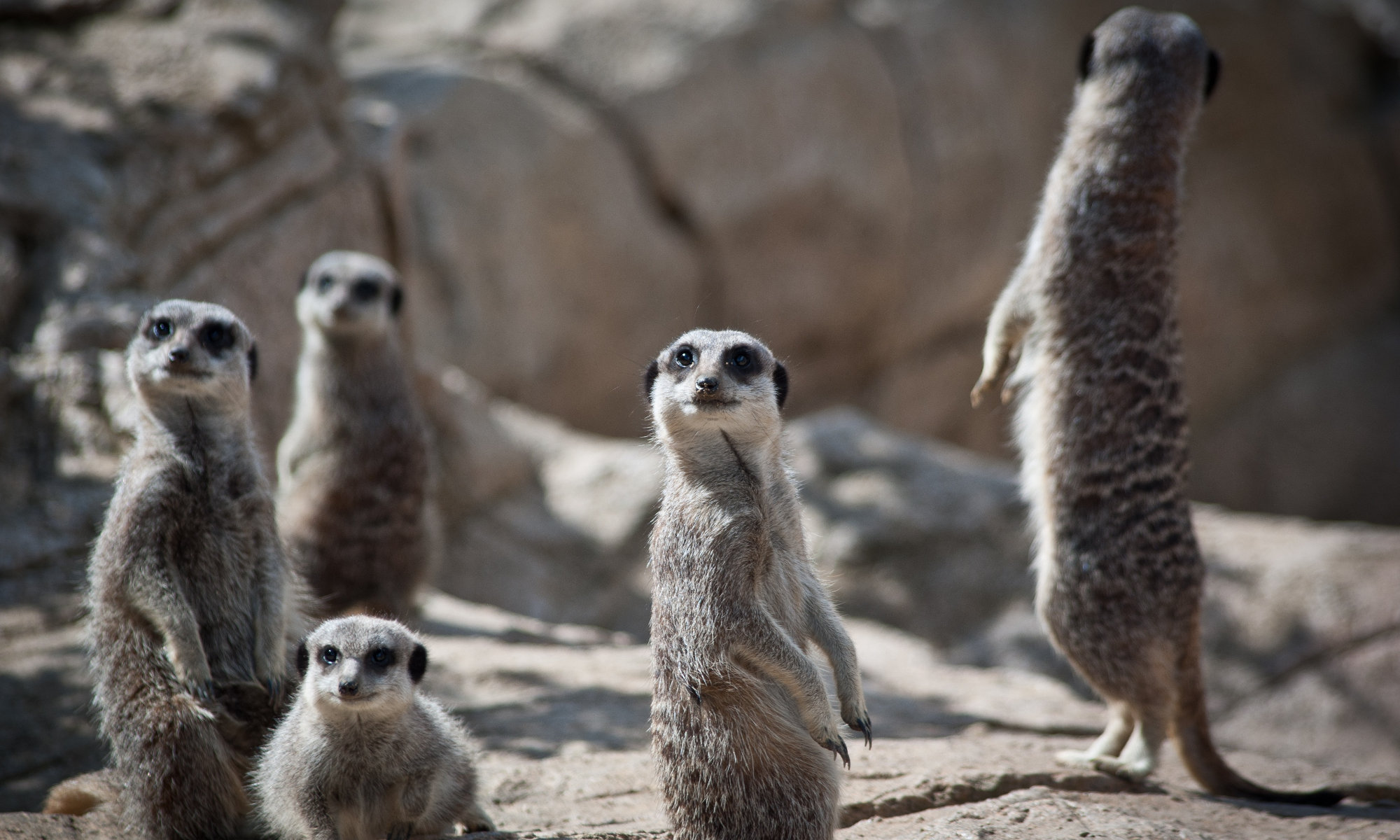 When asked whether I’m “anti-vax” I have, in the past, tried to explain that I wasn’t against vaccines themselves, but only this one. But as Alinsky once wrote, “If you push a negative hard enough, it will push through and become a positive.”

And so, several weeks ago, for the first time I said something different.

In what follows, I’m largely going to describe experiences rather than any so called “science”. You should are free to think for yourselves on that one.

I vividly remember Boris Johnson telling us that “many more families were going to lose loved ones”. I had found it strange that he would say this as I had thought that governments tried to avoid panic.

For a few brief weeks, I had believed that it was to “flatten the curve” as at least that made some kind of sense. But when I saw perspex screens go up and heard the tannoys on the metro system tell us that we must “come together by staying apart,” I knew all hope was forlorn.

Lockdown alone was a brutal affair. I suffered a serious health problem but at least had the wherewithal not to wait on the National Health Service. If I need treatment in the future, I have no expectation of any.

I watched a friend breakdown over Skype because he thought “everyone is dying” and I heard stories of people committing suicide – including a young mother who killed herself, as described to me, “in the most horrific way imaginable”. Just yesterday, a friend told me that two people on her street had killed themselves in the last two years and a third had attempted it but survived.

I know of three people in my extended circle who have died within days of the vaccine, two who are paralysed from the waist down, and a 16 year-old boy lying in intensive care having suffered a heart attack on the way to play rugby.

As I write, it is not lost on me how our politicians and mainstream media laughed and partied throughout all of this. Strange, I think, we can take their hypocrisy and their contempt as read, but it’s not as if they were ever afraid themselves.

I stayed with a friend for a couple of months during the lockdown period which probably saved me. We spoke about the impending vaccine while smoking a cigarette on the street. We both decided to wait to see what happened before getting it.

Not long afterward, he told me that he had been vaccinated.

“I did it to keep my family happy,” he said.

After some words, he added: “I earn £70,000 a year but I sit all day now on a laptop at my coffee table, with a bottle of vodka and a yellow light bulb without a lampshade hanging over my head. I can’t believe my life has come to this. I don’t care whether I live or die anymore. So what does it matter?”

While staying at his, I visited a church. The vicar, speaking to his masked congregation of two, urged us to “pray for compliance”. The second time, at the entrance, I told him that I would not wear the mask because it was a lie.

“Bless you,” he said as he closed the door to me. My reply, under my breath, sounded similar and meant the same thing.

In a moment of weakness, believing that it would be best to get it over with, I booked an appointment for my own vaccination online. Outside the vaccination centre – a Boots pharmacy – and not expecting a damn thing, I prayed to God to give me “a sign” if I should not have it. After waiting 15 minutes or so, a nurse came up to me with a clipboard and asked my name.

“I’m sorry,” she said, “but there’s no record of your appointment.” She told me to go home and book it again.

I fled in gratitude.

My own job ended during the last lockdown. There was no longer anything in life other than work itself. In fact, I couldn’t stop working no matter how tired I was. In the end, a merciless lack of sleep became too much and I found myself and unable to work at all.

Moreover, it no longer seemed to matter.

I kept in regular contact with another close friend, speaking about the situation almost every day over Skype. She had regarded what was happening as “nonsense” but then one day, she too, told me that she had just been vaccinated.

It is true that she’s elderly, but that hadn’t been her attitude during the times I have known her to have flu.

“But that means I’ll never see you again,” I had replied.

Our conversations seemed to peter out and we began to speak less and less, and only about trivial matters. One day, feeling that I was about to be on the back foot, I tried to speak of the situation, and she said to me:

“You do know that the virus exists, don’t you?”

But as old bonds are fading, new ones are forming and all kinds of people are starting to come into my life and I into theirs. I don’t think “anti-vax” is a label I have the right to apply to others, but my social world has radically changed and is now overwhelmingly comprised those who have held out.

It feels so very surreal – like society, having silently agreed to part company with itself, has divided into two groups who are now to go their separate ways.

On my side, we are bonding as if to be ready for some dreadful adversity to befall us. It’s as though we sense deeply that now is the time to make friends. Indeed, we are starting to look out for one another in ways that my grandparents did. We are planning food-banks and discussing how to perform our own medical and dental treatments.

It seems that we are mostly those who no one would have suspected – the quiet ones. But we are in fact from all walks of life: small business owners, NHS workers, teachers, psychotherapists, mothers, fathers, scientists. Strangely, I contemplate how my life is actually better in some regards at least, than before all of this.

Even an ex-girlfriend has come on the scene.

After our last parting, I had intended that I would never see her again. But here she is now part of our group and I can’t make her go away. And so it would seem that I’m stuck with her wherever I go.

The moment I accepted this, I looked upon her anew and saw someone who had changed – for she has managed to dig deep and discover real courage within herself. Indeed, we speak now of how we are being transformed and how we should embrace it. She will read these words shortly.

One of the accusations I’ve heard thrown in our direction is, of course, that we are “conspiracy theorists” who are to be conflated with “flat-earthers”. Well, actually, I do know a flat-earther. Being aware now of how many regard me, I didn’t do what perhaps I would have done in the past – I didn’t dismiss his beliefs as foolish – instead I sought to understand where he was coming from.

What I saw was a man who no longer believes in anything he had ever been taught, let alone anything in the media. Personally, I can understand this now and I’m rather reminded of the spoken words from opening scene of the 2019 TV drama, Chenobyl:

What is the cost of lies? It is not that we will mistake them for the truth. The real danger is if we hear enough lies, we no longer recognise the truth at all. What can we do then? What else is left but to abandon even the hope of truth and content ourselves instead with stories?

I do not have “the truth”. I have lots of “conspiracy theories” of course, but nothing quite seems to fit anyway. Theories involve thinking for yourself, and independent thought is a dangerous thing.

As Hannah Arendt wrote on the trial of Adolf Eichmann:

When everybody is swept away unthinkingly by what everybody else does and believes in, those who think are drawn out of hiding because their refusal to join is conspicuous and thereby becomes a kind of action. … The manifestation of the wind of thought is no[t] knowledge ; it is the ability to tell right from wrong, beautiful from ugly. And this indeed may prevent catastrophes, at least for myself, in the rare moments when the chips are down.

What I think is that our government is lying to us. I do not think that the UK psychological Nudge Unit are there to spread truth. Moreover, I do not believe that a government vaccine will set me free, no matter how many jabs I take.

We watch what is happening in other countries, especially Australia. I keep in contact with a friend in Germany and listen to events there as things to come for ourselves. We speak of where are own limits lie. What could I endure before I am forced to consent? I read Solzhenitsyn and Richard Wumbrand and I ponder.

My consent may be taken by force, but I do not give it freely.

My free-will is God given, not something to be loaned to me by the state and repaid with interest. I did not believe in God as a young man. I find it amusing that I believe so strongly now.

First published in the New English Review Iconoclast and Magazine sections on December 8th, 2021. This version contains a correction. A shorter variant also published in TCW.