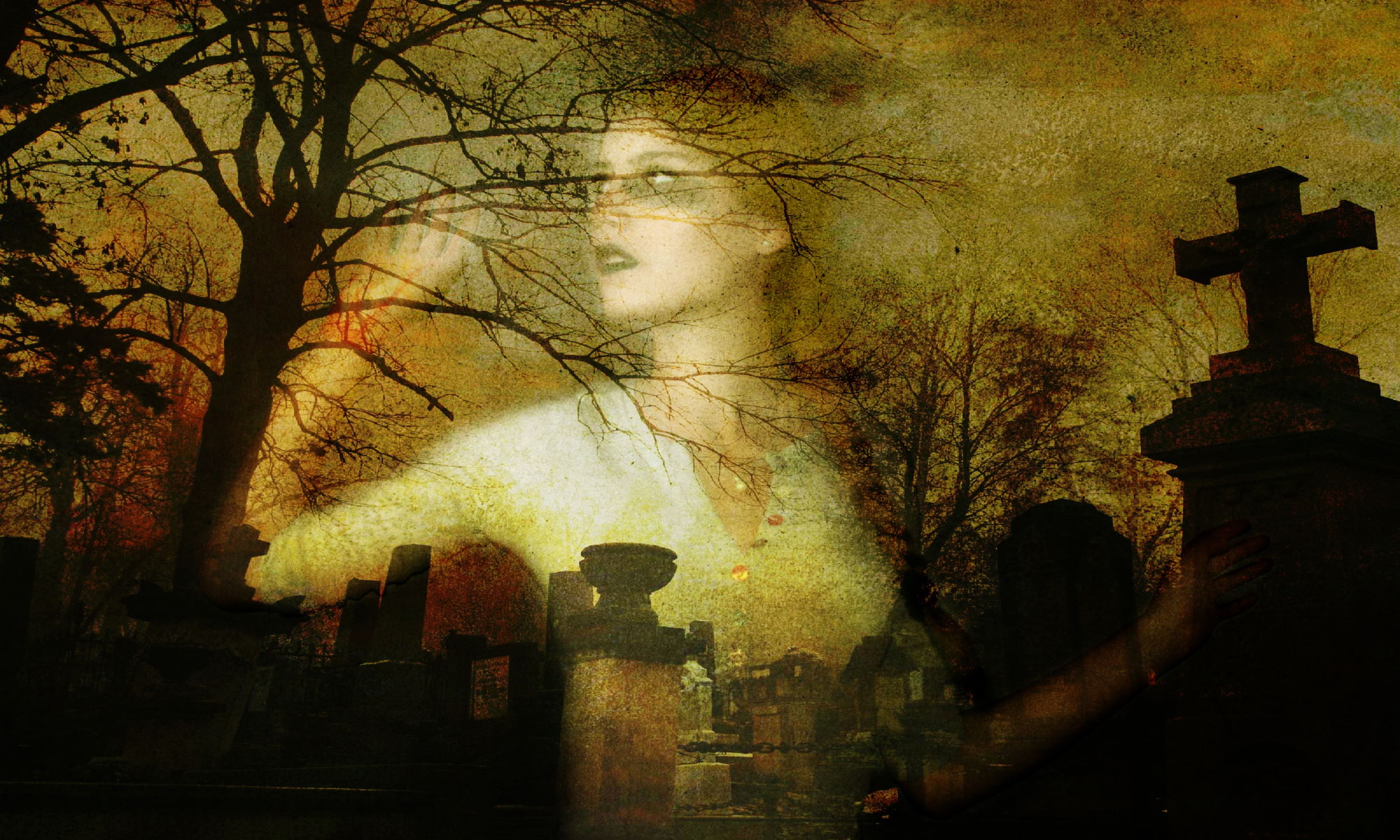 John Richardson looked out of his office window onto the empty street below. He drained his glass and glanced at the empty bottle.

He was thinking about his friend again, Robert. It had been six months since Robert had died and John thought of him often.

The two had been firm friends in childhood but their lives had taken different paths. John had followed his father into the estate agent business and now ran what was once a family firm in the town of Aylesbury.

Robert had come from a poorer family but had been the more ambitious of the two. He’d studied at night school and, through his diligent efforts, obtained an apprenticeship at a brokers in London.

They had not seen each other in nearly twenty years when John had received a letter from Robert asking him to secure the purchase of Pendleton House, which he’d been only too happy to do. Robert had then returned to Aylesbury with his young wife, Elizabeth. Still in her twenties, she died tragically whilst giving birth to their daughter, Clara. Robert, bereft and a widower, had come to focus devotion on his daughter.

That was over eight years ago now.

John’s thoughts were broken by the sound of the church bell.

It was midnight as he left his office on the high street, but he often worked late. Actually, that was no longer accurate. The past few years had been ones of hardship and he’d been forced to lay off his employees. His late nights at the office, initially required to fill a shortfall in labour, had gradually become ones of secret drinking as business dried up. Bills were now going unpaid.

John had never married, but cared for his elderly father at home. He desperately feared his father learning the true state of the business he had once founded.

Life had become empty and without hope for John. Once a respectable businessman, he was now merely keeping up a charade — it was all he had left.

The air was crisp with the cold and the sky clear as he stepped outside. A full moon hovered above the roof of the tobacco shop on the high street. Not so long ago, there may have been people out at this time but, in these dark days, the streets were deserted.

As he turned the key to lock the shop door, he decided he would take a short detour through the churchyard of St. Mary’s where Robert lay.

Robert was buried in the summer of that year and John had stood with Clara at the graveside. Robert had remarried but his new wife, Permilia, had remained remote at the funeral, preferring the company of her small entourage of sympathizers.

He had once been close to Clara and there had been a time when she referred to him as “Uncle John”. However, he had not taken to Permilia and, since the funeral, had seen little of her — or of Clara he realised.

“He would never have listened,” John thought, as he began making his way up the high street.

Robert had been besotted with Permilia. But something had been wrong.

In her early thirties, he had initially found her to be charming, educated and intelligent. She was porcelain in stature, delicately beautiful and quite unlike Robert’s first wife. Whereas Elizabeth had loved the garden, Permilia deplored the sun and rarely ventured outside.

In company, she exuded a charm that would lull any listener into requiescence. It was a sensation that, on later recollection, would invariably distort and disfigure to become a lingering sense of disturbance.

He couldn’t quite put his finger on the how or why of it.

Once, in conversation, he’d asked her about her family background, but she’d evaded whilst somehow giving him the illusion of openness. Only later, did he realise that she had told him very little at all.

She had, it seemed, the ability to speak whilst saying almost nothing.

Robert had initially told him that the two of them had met on a business trip and that her family was originally from Eastern Europe. He later learned that she’d had several previous husbands.

“An enchantress,” John thought bitterly as he walked. “And a witch!”

As time passed, Permilia had become cold toward him and Robert increasingly remote. John had received no invitation to their wedding which, he learned later, had been attended by few people. Prior to Robert’s illness, it had been many months since the two of them had spoken.

As he made his way up the cobbled back streets, the church clock chimed again. It was now fifteen minutes past twelve.

At the top of the street, he could see Pendleton House. There was a solitary light from a downstairs window. As he got closer, he could see the flickering of the fire behind the curtain. The heiress to Robert’s wealth was still awake.

He turned and made his way past the house toward the churchyard. He could see the church and its squat bell tower now. The moon shone brightly overhead illuminating the gravestones beneath.

In the far corner of the graveyard lay Robert’s resting place. As he approached, he could see a figure dressed in white beside the stone.

It was a girl.

She was wearing a long white nightdress which appeared to subtly radiate in reflected moonlight. That image was to stay with him for the rest of his life but, in the moment, he didn’t notice for recognition had dawned.

“Clara!” he called out, starting to run, his mind shaking off the effects of the alcohol.

“What are you doing here? Are you alright?”

The girl gave no reply but stood, head down, motionless in the stillness of the night. The long raven black hair she had inherited from her mother hung forward to cover her face.

John stepped toward her. She looked up, her face emanating a glow like that of moonlight, as did the rest of her. However, she seemed to gaze right through him.

Then, in that instant, she spoke:

“Permilia said daddy was sick, but he wasn’t.”

Instinctively, John moved to take hold of her shoulders.

But she was gone.

She had evaporated somehow before his eyes and his hands were left reaching for nothing.

“Clara!” he cried, as his hands waved through the space she had occupied mere seconds before.

Stunned and bewildered, he looked around, as if expecting to see her emerge from behind a tree or gravestone.

“Had he just imagined that?” he wondered. “Was it the scotch? Was he losing his mind?”

The churchyard was still and silent. A single lamplight gave out a dim yellow light in the far corner. Robert’s newly commissioned gravestone stood beside him. Lit by the moonlight, John’s eyes glanced over its inscription:

It says so very little about him, he realised. It’s as if he’d hardly existed at all.

It took him a moment or two to recover his thoughts and, when he looked up, he could see a light burning in an upstairs window of Pendleton House which overlooked the churchyard.

“Clara,” he said again, but this time quietly and to himself.

She used to call him “Uncle John,” but he had been so wrapped up in his own troubles and sorrow that he’d hardly thought of Robert’s daughter over recent months. Clara had been abandoned to that woman!

He decided he would go to the house this moment, no matter how late the hour — he had to know that Clara was safe.

He walked briskly and it took him only a minute or so to exit the churchyard and reach to the front of the house. The gravel of its driveway crunched beneath his feet as he made his way up to the front door.

The light was no longer on in the parlour, but he could see the glowing embers of its dying fire.

Without hesitation, he struck the heavy door knocker several times. The sound echoed deep inside the hallway.

“Mrs. Langworthy!” he shouted, as he knocked again.

“What was he going to do here?” he wondered.

Standing back, he waited.

Just then a dim light appeared under the door and, a moment or two later, it opened smoothly to reveal Permilia dressed, as ever, immaculately. She was fully made up.

“Mr. Richardson. It’s late. I was just about to retire.”

“Clara!” John demanded without formality, “where is she?”

“What is the meaning of this?” she evaded calmly.

He ignored her and called into the hallway, “Clara!”

Permilia tried to close the door, but he held it ajar and peered around it. The hallway was empty, except for a row of packing crates which lay stacked along its length, and he realised that she was in the process of leaving.

“Mr. Richardson. I shall call for the police.”

“I’m sorry but I thought you knew,” she replied with cold detachment, “Clara died months ago. Did no one tell you?”

“But I’ve just seen her!” he exclaimed in disbelief.

There was a brief moment in which their eyes met. Later, John would recall seeing the merest hint of a break in her composure, but it lasted less than a second.

“How?” he asked simply, her words not quite having reached him.

“First Robert and now Clara. The Covid claimed them both.”

John stepped back from the door, his mind beginning to reel.

The front door of Pendleton House closed on him with a heavy clunk. The night was cold and dark clouds had vanquished the moon.